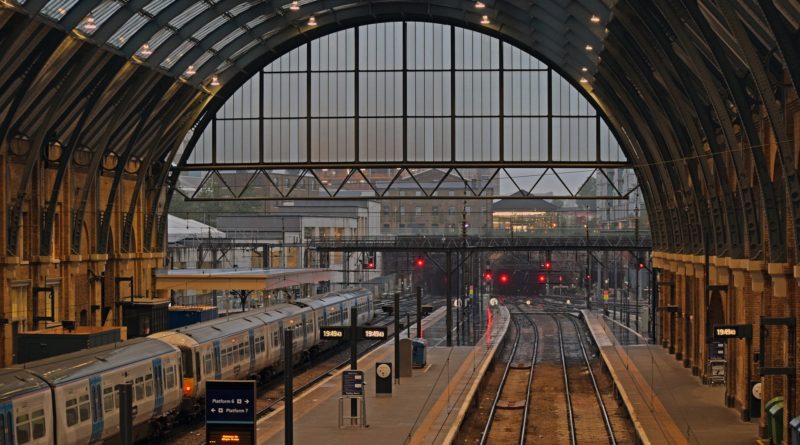 The UK may leave the European Union without a deal on October 31. If that happens, under new Home Office plans free movement of people between the UK and the EU will end immediately.

What does this mean for EU nationals already in the UK? In theory, nothing: they were promised that their rights will be preserved and a new residence system (the EU settlement scheme, or settled status) has been designed to that end. But it’s not so simple.

As the UK does not issue identity cards, it can be hard to prove when a person has arrived in the country. The only way to make the difference in this case is through the “settled status”, which is a digital statement and does not involve the delivery of a physical document.

The scheme is also in its early stages. The Home Office opened it on March 31 after two trial periods, and has recently received the millionth application of the 3.8 EU nationals living in the UK (according to Eurostat data).

EU nationals and their family members have “at least” until 31 December 2020 to apply “even in the event of a no-deal exit,” an email by the Home Office has confirmed. “Those who have not yet applied to the EU settlement scheme by 31 October 2019 will still have the same entitlements to work, benefits and services. Those rights will not change,” the email says.

The 2020 deadline was decided to allow everyone to apply (it is 30 June 2021 in the withdrawal agreement rejected by parliament), and until then free movement was expected to continue.

If free movement ends abruptly, between the Brexit date and 31 December 2020 old and new EU immigration rules will overlap and risk a collision with the “hostile environment.”

Two systems and the “hostile environment”

The hostile environment policy, set up to curb immigration in the UK, requires home owners, employers and health service providers to check the immigration status of tenants, employees and patients, or face tough penalties.

Several groups have warned that if they cannot distinguish EU nationals who have full rights in the country from those who arrive after Brexit (presumably with fewer rights), home owners, employers and service providers may just decide not to deal with EU nationals altogether.

The Residential Landlords Association revealed in April that around a fifth of its members were “less likely to rent to nationals from the EU or the European Economic Area” as a result of such policy.

The Migration Observatory at the University of Oxford said that the government will not be able to “introduce meaningful restrictions” on free movement after a no-deal Brexit, “because employers won’t be able to distinguish new arrivals from EU citizens already living in the UK until the settlement scheme is concluded at the end of 2020.”

NHS Providers, a lobby group of the healthcare sector, also raised concerns at the announcement in August that citizens from EU countries (except for Ireland), Norway, Iceland, Liechtenstein or Switzerland visiting England after Brexit will be chargeable for health treatments “unless they fall within one of the existing exemptions.”

In an article on the Health Service Journal, chief executive Chris Hopson warned of the “significant administrative burden” of checking the immigration status of “all patients that they [the NHS] assume to be EU citizens.”

Adding to the uncertainty, the the government put in place the settled status scheme by changing the immigration rules (Appendix EU), not with an act of parliament. So the government could easily change it again without much scrutiny.

Transnational rights out of the picture

Another problem of repealing free movement rules without the adoption of the withdrawal agreement is the loss of rights built across borders, such as the aggregation of past or future pension contributions accrued in different EU member states, or the recognition of professional qualifications acquired in another EU country.

The withdrawal agreement negotiated by the UK and the EU covers these transnational rights and ensures that they will remain in place for the lifetime of the people affected.

The previous UK government promised that, in the absence of a deal, pension contributions and professional qualifications acquired before Brexit (not future ones) will continue to be recognized.

But the “Immigration and Social Security Co-ordination (EU Withdrawal) Bill 2017-19”, the law that would repeal free movement and associated rights, confirm the status of Irish citizens and uphold the promises made to other EU nationals, is still going through parliament with the next debate date “to be announced.”

An abrupt end of free movement decided in other ways will leave transnational rights out of the picture as the settled status will only function as a unilateral guarantee of the rights EU nationals have in the UK.

Axel Antoni, a spokesperson of the3million, a group defending the rights of EU nationals in the UK, said that ending free movement abruptly would leave over two million people “in legal limbo, with no rights whatsoever on paper.” He added that without proof of legal status people would be unable to plan their lives and risk discrimination.

Sadiq Khan, the Mayor of London, where almost a third of EU nationals in the UK live, urged the government to reconsider its position. “This cruel policy of ending free movement without transitional arrangements undermines the rights & freedoms of our friends, neighbours & colleagues,” he said.

Conservative MP Alberto Costa, who has pioneered the protection of citizens’ rights in parliament, said: “What we do to @the3million will be reflected by the EU toward our own @BritishInEurope – this will have hugely detrimental impacts on both sides.”

Impacts for British in Europe

While the debate in the UK focuses on the arrival of EU nationals, Steve Peers, Professor of EU and human rights at the University of Essex, reminded that free movement works both ways. If it ends, UK nationals will face restrictions moving to the EU too.

As regards British nationals already in living elsewhere in the EU, the withdrawal agreement guarantees their rights only in the county where they reside, not free movement to other EU states. This has always been a critical point postponed to future negotiations.

The deal is “far from perfect but nothing compared to no deal,” says however Jane Golding, co-chair of the British in Europe coalition.

Although many EU countries have put in place provisions to secure the position of UK residents, “a number of countries, including France, Spain and Germany, with some of the largest populations of UK citizens, have reciprocity clauses in their no-deal contingency legislation,” she said. “Other countries haven’t decided yet what our long-term status will be post a grace period. So, the treatment of British citizens in the EU (understandably) depends on how their own citizens are treated in the UK.”

How could EU nationals in the UK and British in Europe be protected, irrespective of the Brexit outcomes?

First, several organisations, including the3million and East European Resource Centre, have urged the UK Home Office to issue physical documents to EU citizens as evidence of their “settled status.”

Second, a law should be passed to fully protect their rights. Stijn Smismans, Professor and Director of the Centre for European Law and Governance at Cardiff University, recommended to adopt an act of parliament saying that EU citizens living in the UK before Brexit automatically have the right to stay afterwards. This would ensure that no one is left out of the system. The law should also spell out their rights to avoid legal uncertainty.

Third, campaigners have been calling for the ringfencing of the citizens’ rights section of the withdrawal agreement if the Brexit deal definitely falls through. This would ensure that transnational rights, and their enforcement mechanisms, are protected too, for both EU nationals in the UK and British residents in the EU. The proposal has received the support of the British and the Dutch parliaments.

If everything else falls apart, the UK will have to negotiate separate agreements on citizens’ rights with all member states of the European Union. The UK has already signed a deal with Switzerland and has confirmed that free movement with Ireland will continue through the Common Travel Area.

Some protections in terms of social security are also provided by bilateral agreements in place before the UK joined the EU or by the Council of Europe’s Interim Agreements on social security of 1953. Germany’s no deal plans ensure that social security rights will continue to apply for five years after Brexit to allow the negotiation of a separate agreement.

Covering 26 EU countries, however, will take time, it will potentially result in different rights for people with different EU nationalities, and will be hard to manage practically: who will know who is covered by what deal years from Brexit?

Image by Owls1867 from Pixabay. 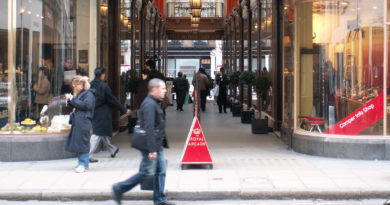 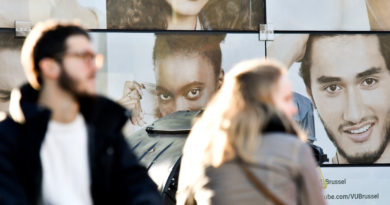