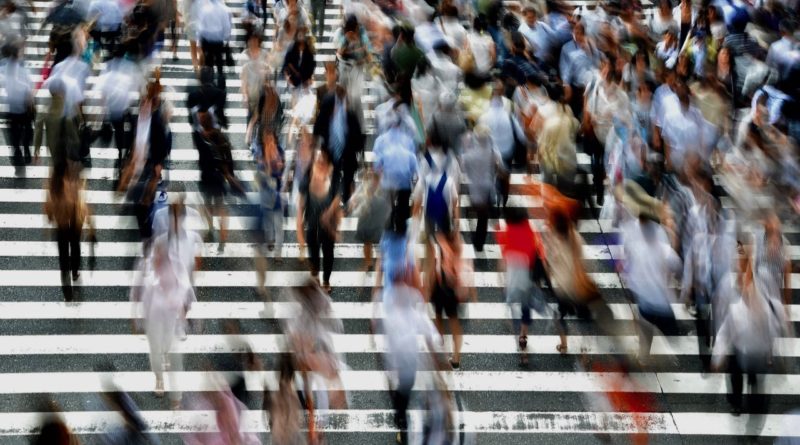 Uncertainty and widespread anxiety caused by a general lack of information, protection and political representation are affecting people who moved between the UK and other EU countries, a Europe Street News survey has shown.

Three years after the EU referendum, our online magazine tested attitudes, expectations and fears of the people most directly impacted by Brexit to understand their information needs. Overall, 3,044 individuals took part in our survey “Brexit, the EU and You”.

The vast majority of participants (93%) reported feeling more anxious since the Brexit vote, with similar results across all surveyed groups. The widespread anxiety can be explained by three threads emerging from the responses, which were supported by some 400 comments.

Overall, 63% of respondents said they lack information about their post-Brexit rights and, more generally, 59% lack information about their social security rights in the EU. Recognition of professional qualifications (51%) is another topic people struggle with. Most strikingly, 70% would not know how to defend their rights in the event these were not respected. This alone can be a reason for anxiety.

Based on the comments received, people are especially concerned about their residency status and associated paperwork. Issues also arise regarding mixed EU-UK couples currently residing outside the EU who would like to return but do not know where they would be allowed to live.

One of the participants wrote: “I lived in Spain for 13 years. My partner is Spanish but we have been living in Asia for over 5 years so I have lost my rights as a permanent resident in Spain. I am worried about my rights when we return to Spain as we expect to in the next couple of years.”

Survey respondents also worry about the rights of their partners, children and other family members. Grandparents asked whether their grandchildren will still be able to move across borders to study in the future.

Other questions were related to free movement in the EU for UK-EU families, the ability to look after elderly relatives abroad and parental rights for divorced UK-EU couples. Further concerns were expressed about the residence rights of people living in Overseas Territories and of citizens with dual or multiple nationalities.

“I hold British nationality but my daughter is Spanish,” wrote one of the respondents. “Not sure how travel arrangements, visas etc. will work – whether we travel in separate queues etc. Also whether we can both move to another EU country to work, study, live and her rights to study and work in the UK.”

“I live in both Spain and France as I look after my mother (who lives in France) and have no idea how that will continue if Brexit happens,” was another comment.

Several individuals who have lived in multiple countries asked how to aggregate pension rights in the future. There were also issues around pension transfers, pension uprating and the future of private pension schemes.

Similar concerns were expressed about post-Brexit access to healthcare in the country of residence and reciprocal healthcare, especially for UK pensioners living elsewhere in the EU. Some of the respondents also asked about the rights of people with disabilities and care support.

Regarding working rights, issues emerged about the ability to provide services across borders (an area not covered by the withdrawal agreement), as well as the status of seasonal, frontier and posted workers.

“I have worked – and still do – for a British airline for 43 years, and only moved back to France to care for elderly parents, whilst still commuting to work. I am classed as a frontier worker, and no clear communication has been given to the few thousands of us in the same situation, stressed and unsure if we are to loose our jobs despite years paying tax in UK and also health cover,” said one of the participants.

“I feel everything is guess work, nobody knows for sure what will happen,” was another comment.

“This is a very important report, as it illuminates several key issues with European citizenship in the context of Brexit. Despite three years of negotiations, citizens affected by Brexit are still anxious about their future and this report shows they desperately need reassurance and legal protections. This needs to go hand in hand with raising awareness amongst citizens, especially in the area of social and economic rights,” said Kuba Jabłonowski, Research Associate with citizens’ rights group the3million.

For many of the surveyed citizens, Brexit seems to have caused a political ‘awakening’. 69% report having taken more interest in politics since the Brexit vote and 88% having participated in campaigns and petitions. Yet, 92% do not feel well represented in the political debate and 85% do not feel correctly portrayed in the media.

Of all groups, British citizens living elsewhere in the EU appear to be the least satisfied with their representation in the political debate.

The responses also reveal strong support (90%) for granting full voting rights in the country of residence to individuals who move around the EU, wherever they reside.

“Mobile citizens do not feel adequately represented in politics, and demand full voting rights. It is time policymakers seriously engaged with those demands,” Jabłonowski added.

On the other hand, however, many of the people moving across the EU borders still feel discriminated against because of their nationality, according to the survey. 37% report such feelings and the proportion is particularly high for EU nationals in the UK (56%), with percentages reaching 60% for Polish and 59% for Germans in Britain.

A lower, but still worryingly high share of British citizens living elsewhere in the EU report feelings of discriminations (on average 27%), with the highest proportion in Austria (32%) and the lowest in Germany (20%).

The survey also highlights an often overlooked complication for ‘mobile citizens’. A high share have, over their lifetime, lived in multiple countries: 43% of surveyed mobile groups have lived in 3 countries or more and 35% consider moving again at some point in the future. The survey did not ask in which countries respondents have lived or plan to live in, but it is likely that a high proportion is moving within the European Union.

The percentage of people thinking to move is particularly high (55%) among EU nationals living in the UK. In this group, the share of respondents pondering a departure is fairly similar across countries of origin, but highest among Italians (63%), Spanish (58%), Germans (57%) and Polish (55%).

On the other hand, British citizens elsewhere in the EU are the group least likely to move again (only 17%).

Although mobility remains a strong theme, very few (10%) want to return to their country of origin. The highest proportion is recorded among EU nationals in the UK (22%), while only 3% of Brits living in the EU consider moving back to the UK.

The high level of mobility might have been overlooked in Brexit talks and in the absence of a comprehensive agreement on the UK withdrawal from the EU, it will be difficult to provide an adequate policy response to protect rights accrued across several borders.

Jane Golding, co-chair of British in Europe, a group defending the rights of UK nationals in the EU, commented: “In British in Europe we have everyone from caterers to musicians, and actors, IT contractors and computer games developers, as well as lawyers, students and teachers, all of whom have used their free movement rights to live, work or study in more than one EU country. However, many of them don’t really understand what is at stake after Brexit – let alone a no deal one – because they are not being properly informed on matters such as cross-border work and recognition of qualifications.”

“This is a potential nightmare in the making because without free movement, and without information to secure recognition of qualifications, the careers and livelihoods of many will be severely affected. It once again highlights just how inadequate any no deal country by country solutions, and even the withdrawal agreement as currently negotiated, will be,” she added.

Elena Remigi, who has promoted the collection of testimonies of individuals impacted by Brexit in the books “In Limbo” and “In Limbo too” said she is not surprised by the survey results. “It is a matter of fact that uncertainty is taking a toll and individuals have suffered from the harsh tones of the political debate since the referendum campaign. The survey confirms what we see daily in our groups,” she said.

Although the research focused on individuals who moved across borders, almost 18% of participants were British citizens living in the UK. Within this group, 55% had previously lived in at least one other country.

Rarely mentioned in relation to the Brexit negotiations, this group reports more anxiety since the EU referendum (92% of ‘previously mobile’ UK citizens) and is the most likely to have taken political action about Brexit (around 90%). Yet again, they do not feel well represented in the media (90%) and in the political debate (89%).

British citizens in the UK who have previously lived abroad are the most likely to say they are considering moving elsewhere in the future (66%). At the same time, their awareness of EU rights is the lowest of all.

In the open comments, several UK nationals have asked how they could maintain EU citizenship, an asset that would help them maintain the rights to move freely in the EU but that will be lost by most after the UK leaves the EU.

The full report is available here.

Image by Brian Merrill from Pixabay.

14th October 2018 Claudia Comments Off on From passports to insurance and pets: 14 ways to prepare for no-deal Brexit [updated] 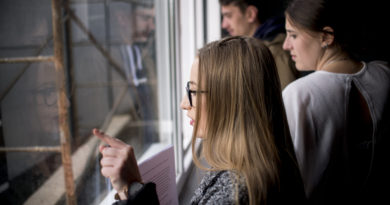