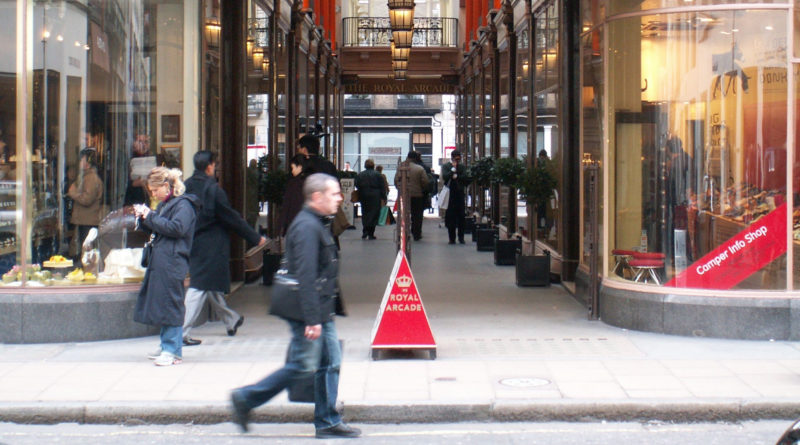 More voices within the British parliament have joined the chorus calling to guarantee rights of EU nationals in the UK after Brexit.

The House of Commons Brexit committee said the government should make a unilateral decision to safeguard the rights of EU citizens living in Britain. The call comes from a report  agreed unanimously by the cross-party body (which includes Brexit supporters such as Michael Gove), after evidence was gathered from individuals and groups concerned about the situation. A similar position was taken in December by the House of Lords EU justice sub-committee.

“EU nationals in the UK did not have a vote in the referendum. They came to the UK legally and have contributed to the UK economically and culturally and enriched UK society. The vast majority have worked hard, paid their taxes, integrated, raised families and put down roots. It is difficult to see what more the UK could have asked of them,” noted MPs. “The result of the referendum, however, has made them very unsure of their future.”

The report mentions a 75 year old British citizen, who has lived in the UK with his German wife since 1969 and now worries about the requirements for permanent residency. A German academic in the UK since 1999 and married to a Brit also told the committee: “Brexit, and especially the government’s handling of it, has made me feel very unwelcome in this country.”

MPs said rights of expatriates should be the first priority in the Brexit negotiations. “It would be unconscionable for EU citizens in the UK and UK citizens in the EU not to have clarity about their status for another two years,” they said. The committee is specifically concerned that both EU nationals in the UK and Brits in other EU countries do not lose their rights to healthcare and pensions after the UK leaves the EU.

They also said the government should announce as soon as possible the cut-off date after which EU citizens arriving in the UK might not have the right to permanent residence.

Committee members urged the Home Office to reform the system to recognise permanent residence, a right EU nationals automatically enjoy after living continuously 5 years in another EU country. Following the EU referendum, many people started to apply for permanent residence cards to secure their status in the UK after Brexit. Almost a third of the requests, however, were rejected by the Home Office. This was mainly because people failed to meet the requirement of Comprehensive Sickness Insurance (CSI) or provided incomplete information.

Comprehensive Sickness Insurance is demanded from people who are self-sufficient (not employed or self-employed) and students, although few are aware of it. Monique Hawkins, a Dutch national, said in a committee hearing applicants had not being told about CSI when they enrolled at universities, at job centres or at doctors’ surgeries. In 2012 the European Commission also started an infringement procedure against the UK as this condition is not considered in compliance with EU laws.

The Brexit committee concluded that CSI should now be waved. “The government should state that access to the NHS is considered sufficient” and “introduce legislation to that effect if necessary,” said MPs.

The committee added the permanent residence system should be simplified as a matter of urgency: “EU nationals currently have to fill in a 85 page form that is too complex and onerous to be used to clarify the status of up to three million people.” MPs said the Home Office should use data already available through other bodies, like the HMRC, the department responsible for the collection of taxes.

Although it is estimated that 3.2 million citizens from EU countries live in the UK, the committee noted the government does not have a comprehensive database. MPs therefore recommended to work out a way to identify them. The government will also need to set out what to do with people who have not established permanent residence once the UK leaves the EU and with spouses and children of UK nationals who would be entitled to residence rights according to EU directives.

The Brexit committee warned that uncertainty about changes to immigration rules after Brexit should be reduced as “an abrupt reduction in the number of EU workers in the UK would cause disruption in a number of sectors.”

The committee urged the government to clarify what rules will be put in place once free movement ends and respond to “proposals from the devolved governments and from London for geographic work visas, which would allow EU citizens to work in particular parts of the UK.”

The report also argued “there could be benefit in the UK government indicating in the negotiations that it is willing to consider preferential access for EU citizens in its new immigration policy.”

Source: Social Market Foundation, Working together: European workers in the UK economy, May 2016 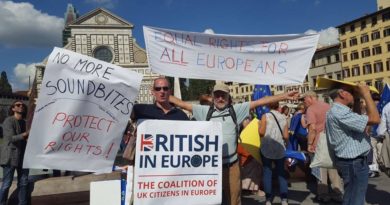 British in Europe and the loss of EU citizenship