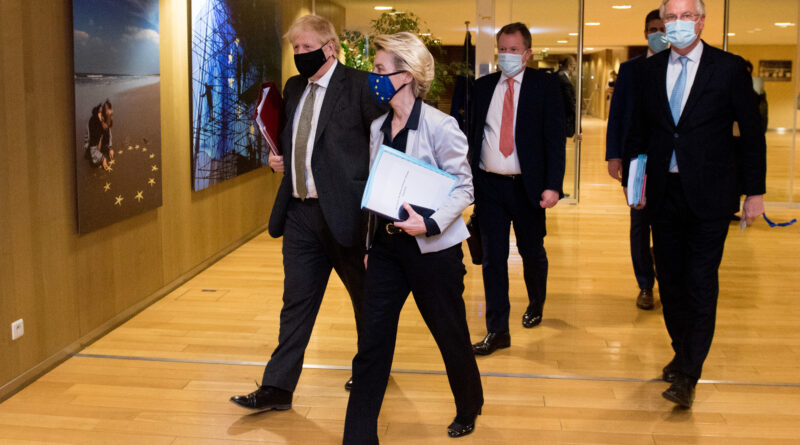 The UK and the European Union have reached a deal setting the terms of their new relationship, after the country voted to leave the bloc four and a half years ago.

The agreement focuses on trade and security, and establishes a new system to govern the EU-UK relationship. While the formal approval will take some time, the deal will be provisionally enforced from January 1 2021, when the UK will leave the EU single market, customs union, and all EU policies.

The agreement consists of some 2,000 pages and includes provisions that will require further specifications.

As we publish this article, the full text is not publicly available yet, but both sides provided explanatory notes with some information on how citizens will be affected.

The deal represents the most profound setback on cross-border rights since the EU was created. However, some of the free movement benefits have been maintained. Here is what we know so far (the article will be updated as more information become available).

Free movement of people between the UK and the EU ends on 31 December 2020 and does not continue with the post-Brexit agreement. Ending free movement has been one of the key Brexit policies from the outset, and the UK has refused to include a ‘mobility’ chapter in the new deal.

In practice, people will no longer have the option to move freely between the EU and the UK to live, work, study or start a business. Instead, they will need to apply for visas and be subject to border checks.

The UK has decided to no longer participate in the EU student exchange programme Erasmus+, one of the most cherished and successful EU initiatives.

More than 17,000 Britons study in the EU and 32,000 EU nationals study in the UK under the scheme each year. According to Universities UK, the group representing British academic institutions, the annual net economic benefit of visiting EU students was £243 million.

Boris Johnson said the programme was “extremely expensive”. The British government plans instead to promote education abroad for UK students by creating a “UK-wide domestic alternative to Erasmus+” named after Alan Turing.

There won’t be opportunities for EU citizens to study in the UK under this or the EU scheme.

Following the announcement, however, the Irish government committed to give continuous access to Erasmus+ to students in Northern Ireland.

The agreement contains a Protocol on Social Security Coordination covering individuals who will move between the UK and the EU after 1 January 2021. EU citizens already living in the UK and Britons in the EU are covered by the EU UK withdrawal agreement.

Under the Protocol, the UK and EU countries will be able to take into account periods of work or residence, and contributions paid into each other’s social security systems, to determine the entitlement to a state pension and to benefits such as maternity and paternity leave or accidents at work.

The Protocol provides for the uprating of state pensions paid to individuals who retire in the UK or the EU.

It also allows the UK to restrict access to family benefits for EU citizens until they obtain permanent residence. In addition, the export of child benefits will no longer be possible.

These arrangements are similar to those negotiated by former Prime Minister David Cameron ahead of the EU referendum, which were scrapped by the EU after the UK vote.

Cross-border workers and their employers will only be liable to pay social security contributions in one state at a time, generally in the country where work is carried out.

Britons sent temporarily to an EU country as detached workers will remain liable to pay social security contributions only in the UK, and vice versa.

On healthcare, “where the UK or an EU member state is responsible for the healthcare of an individual, they will be entitled to reciprocal healthcare cover,” a UK government summary says. “This includes certain categories of cross-border workers and state pensioners who retire to the UK or to the EU” (those who use S1 forms).

The UK and the EU also agreed to continue reciprocal arrangements for necessary healthcare during temporary visits, “akin to those provided by the European Health Insurance Card (EHIC) scheme”.

The Protocol allows individuals to receive planned medical treatment in the UK or the EU, funded by their responsible state.

As free movement of services will end, enterprises and self-employed individuals will no longer benefit from the freedom to supply services between the UK and the EU.

In addition, there will be no automatic mutual recognition of professional qualifications. A framework allows to determine a new mechanism in the future. “Agreements will be negotiated on a profession-by-profession basis,” the UK government explained.

The British in Europe coalition, which represents UK nationals living in the EU, said that under the withdrawal agreement Britons in the EU had already lost the rights to provide cross-border services and to have professional qualifications recognised across borders under EU rules.

They were hoping the new deal would rectify this, but they said: “The new agreement does not make these deficits good and we appear to be light years away from any progress in these areas”.

Short-term business trips for certain activities and temporary secondments of highly-skilled employees will be facilitated, in comparison to other EU trade deals.

The UK will be able to determine whether short-term visits from the EU should be subject to visa requirements (at the moment they are not). But Britain won’t be able to apply different visa policies to different EU countries, under the non-discrimination principle. This provision will not concern future EU member states, e.g. Balkan countries.

UK citizens moving to the EU will have to comply with the national visa policies decided by each member state.

The agreement includes a commitment to uphold high levels of data protection standards.

It also commits the EU, its Member States and the UK to continue to protect and give domestic effect to fundamental rights, such as those set out in the European Convention on Human Rights (ECHR). In case of non-adherence, cooperation on law enforcement and judicial matters can be suspended.

The agreement has to be approved by the UK parliament, which will be recalled on December 30.

At the EU level, the Commission proposes to apply the agreement on a provisional basis until 28 February 2021 (later extended until 30 April).

Meanwhile, the EU Council, acting by the unanimity of all 27 Member States, will need to authorise the signature of the deal. The European Parliament will also have to give its consent.

European parliament President David Sassoli commented: “Regardless of Brexit, the EU and the UK continue to share common values and interests. We are both Unions built on democracy and respect for the rule of law and face many common challenges – from climate change to terrorism. This agreement is a starting point on which to build our new partnership,”

“This moment marks the end of a long voyage,” Ursula von der Leyen said at the press conference. “At the end of such voyages, I normally feel joy. But today I feel satisfaction and relief. It’s time to leave Brexit behind.”

Europe Street News is an online magazine covering citizens’ rights in Europe. We are fully independent and we are committed to providing factual, accurate and reliable information. We believe citizens’ rights are at the core of democracy and information about these topics should be accessible to all. This is why our website and newsletter are available for free. Please consider making a contribution using this PayPal link so we can continue and expand our coverage.

Who do governments represent? The history of voting rights for Brits abroad 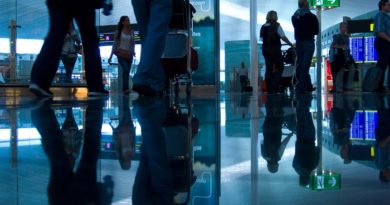