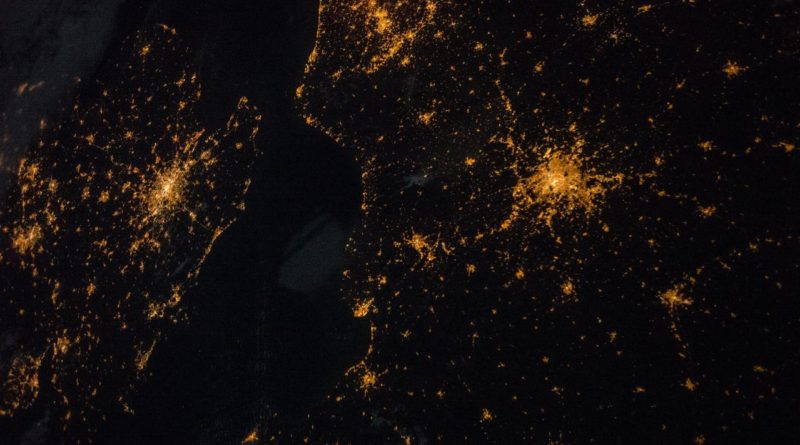 2020 will be the year of Brexit. After almost four years of bitter political discussions, the UK is set to leave the European Union on January 31st. It is perhaps symbolic that the new year, and the new decade, start with a separation. But EU Commission President Ursula von der Leyen repeatedly said that Brexit “is not the end of something, but is the beginning of a future relationship.”

What sort of relationship will the UK establish with the rest of Europe? And how will EU countries cement their own? The 2020 calendar of events may give some hints.

To begin with culture, 2020 marks the 250th anniversary of Ludwig van Beethoven’s birth. Beethoven composed the music chosen as European anthem, the Ode to Joy from the Ninth Symphony, based on a poem by Friedrich von Schiller on “the human race becoming brothers.” Germany has a full programme of celebrations this year starting from Bonn, Beethoven’s birth place.

Two port cities, Galway in Ireland and Rijeka in Croatia, have been chosen instead as 2020’s European Capitals of Culture.

And by the way, from January the Netherlands will drop from all marketing materials the name Holland, which is only a region of the country, to be referred to by its official name.

From January 1st and for the first half of the year, Croatia holds the rotating EU Presidency. Croatia is the ‘youngest’ EU member, having joined the bloc in 2013. Among its priorities, there are measures “to alleviate the negative fiscal effects of demographic trends.” Croatia is suffering from emigration and low birth rates and, according to the United Nations, it is among the world’s ten countries with the fastest shrinking population (nine out of ten are in East and Southeast Europe).

By January 10th EU member states have to introduce registers of corporate ownership, showing who controls any company incorporated in Europe to avoid tax evasion. The decision was made following the Panama Papers investigation.

January 27 marks the 75th anniversary of the liberation of the Auschwitz-Birkenau concentration camp by the Allied forces. This is the first of a series of anniversaries associated with World War II, including the launch of the first atomic bombs in Hiroshima and Nagasaki (August 6 and 9).

January 31st is the day the United Kingdom leaves the European Union.

The Brexit transition begins on February 1st and is set to last until December 31st. During this phase, the UK is no longer a member of the EU but keeps applying EU rules while the conditions of the new relationship are set. It has been reported that the British government will ban the word ‘Brexit’ and has set up instead a ‘task force Europe’ to negotiate the future trade deal with the EU.

In any event, from February 1st UK nationals will no longer be considered EU citizens (bar in some EU countries for the purpose of obtaining citizenship during the Brexit transition). They will no longer be able to elect members of the European parliament, ask the European Commission to propose legislation through European Citizens’ Initiatives, or receive protection from other EU states’ consular authorities in third countries.

For those already living in the EU, EU countries will have decided how they have to register for the new residence status. However, in most countries they will also lose the right to participate in local elections unless a bilateral agreement in this regard is signed with the UK.

Legal disputes may arise on whether the fundamental status of EU citizenship can be removed without individual consent. So far the European Court of Justice has dodged the question.

From February 1st, the European Parliament will shrink from 751 to 705 seats. The 73 British members of the European Parliament will lose their seats and only 27 of these will be reallocated (France and Spain will get 5, Italy and the Netherlands 3, Ireland 2, Poland, Romania, Sweden, Austria, Denmark, Slovakia, Finland, Croatia and Estonia 1 each). 46 will be frozen for future EU enlargements.

As regards British staff of the European Union, those on permanent posts will be able to stay but may be limited in their career prospects. Temporary contracts will not be renewed after they expire.

In February, the new Schengen Visa Code will come into force, increasing by a third fees for non-EU citizens travelling to one of the 26 European countries of the border-free area. In the future, however, British citizens will be exempted as the UK is in the list of countries for which a travel authorization is not required for stays of up to 90 days.

February is also the month of Carnival and Brexit is likely to feature (again) in some of the best-known parades.

In March, the new European Commission will start to put flesh on the bones of the Green Deal, a legislative package to overhaul the European economy in order to reduce emissions that cause climate change. The UK response might give an idea on the extent to which the country plans to diverge from EU regulations on environmental, worker and consumer rights.

March 31st marks one year from the start of the new residence scheme for EU nationals in the UK, who are required to apply for ‘settled status’ if they want to stay post-Brexit. Up to 30 November 2019, the Home Office received 2,592,800 applications and concluded 2,230,900 cases. The problem is that there is no benchmark to measure the success of the scheme as no one really knows how many EU nationals live in the UK. There are also many issues on how the settled status works, most notably the fact that 41% of concluded applications received the lesser pre-settled status. Will the UK make adjustments to the scheme this year?

April 10th is the 22nd anniversary of the Good Friday Agreement that brought peace to Northern Ireland.

According to media reports, Ireland may hold early general elections in spring.

On May 7th there will be local elections in the UK. Will EU nationals still be allowed to vote? The British government said it intends to maintain this right (currently granted under EU rules) and is negotiating bilateral agreements with EU countries. This is particularly relevant for the election of the Mayor of London, a city where about a million EU citizens live, of a 8.9 million population.

In the UK, the May 1st holiday is moved this year from Monday 4 to Friday 8 May to coincide with the 75th anniversary of the Victory in Europe. On this date in 1945 Nazi Germany surrendered to the Allies.

May 9th is Europe Day, also called “Schuman Day”, a holiday in European institutions. On this date in 1950, French Foreign Minister Robert Schuman proposed to bring together the French and German production of coal and steel. This led to the creation of the Coal and Steel Community, the precursor of the EU.

Next up, from May 12 to 16, is the Eurovision song contest in Rotterdam, the Netherlands.

In May Switzerland will hold a referendum on ending free movement of people with the EU.

The European football championship starts on June 12th and runs until July 12th. The games will take place in 12 countries, with Rome hosting the opening match and London the semi-finals and the final. In between, games will be played in the Netherlands, Azerbaijan, Spain, Romania, Hungary, Denmark, Ireland, the UK, Germany and Russia.

Leaders of EU countries face tough decisions at the European Council meeting of June 18 and 19. They are expected to reach an agreement on the next 7-year EU budget. The discussion often goes down to the wire, but this time more than ever as EU countries have to cover the hole left by the British contributions.

At the same time, a decision may have to be made on the extension of the Brexit transition beyond 31 December 2020. The December deadline coincides with the end of the current budget period, and if the transition continues, the UK will have to keep paying into the EU budget.

Almedalen Week, an annual festival on political ideas that calls itself “the democratic meeting place for everyone,” takes place in Sweden from June 28th to July 5th.

On July 1st Germany takes over the rotating EU presidency. Unless the transition is extended, Berlin will oversee the final negotiations of the EU-UK deal.

At the same time, final restrictions on the free movement of Croatians in the EU will be lifted. When Croatia joined the EU, some EU countries imposed limits that were progressively removed over time. The last country to have restrictions in place is Austria.

In the second half of the year citizens dialogues should begin as part of the Conference on the Future of Europe, a key project of the new European Commission, with the European Parliament and Council. The Conference will be a continent-wide consultations to identify reforms needed at the EU level based on citizens’ expectations. Starting in 2020, the Conference will run for two years.

If the aim is to have a deal in place by the end of the year, the negotiations of the new EU-UK future agreement should be advanced at this point. Comprehensive agreements with third countries have to be approved by national parliaments, and in some cases regional parliaments, in all EU states. There are precedents of troubles in this area: in 2016 the EU trade deal with Canada was blocked by the Belgian region of Wallonia, which was concerned about safeguards on labour, environment and consumer standards. Dutch, Danish, French and Spanish parliaments could easily block a deal that cuts fishing rights in UK waters.

September 18th marks 6 years from the referendum on the independence of Scotland. Scotland’s First Minister is calling for another one to be held in 2020, but the UK government is opposing it.

On October 3rd, Germany celebrates 30 years from the reunification.

The world braces for the USA election on November 3rd.

From November 9th to 20th, Glasgow hosts the UN climate change summit. The Conference of the Parties to the climate change convention is co-hosted with Italy, where preparatory meetings and a climate youth summit will be organized.

November 28th marks 500 years since Portuguese explorer Ferdinand Magellan sailed from the Atlantic Ocean to the Pacific through the passage that now bears his name, while on a mission to circumnavigate the world.

It’s the end of the year and among the key issues the EU will have discussed there are an action plan to fight cancer, the update of passenger rights especially with regard to people with a disability, and the creation of a pan-European personal pension.

As for the UK, 31 December 2020 may be the real Brexit date. The end of the transition will hopefully be linked to a new agreement. The alternatives are no deal or a longer transition.

Photo: London and Paris seen from space, by NASA.

Europe Street News is an online magazine covering citizens’ rights in Europe. We are fully independent and we are committed to providing factual, accurate and reliable information. We believe citizens’ rights are at the core of democracy and information about these topics should be accessible to all. This is why our website and newsletter are available for free. Please consider making a contribution so we can expand our coverage. 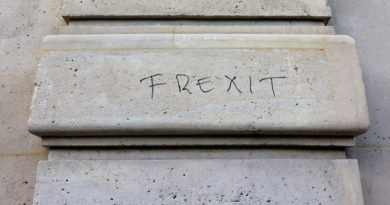 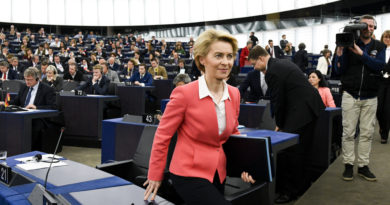