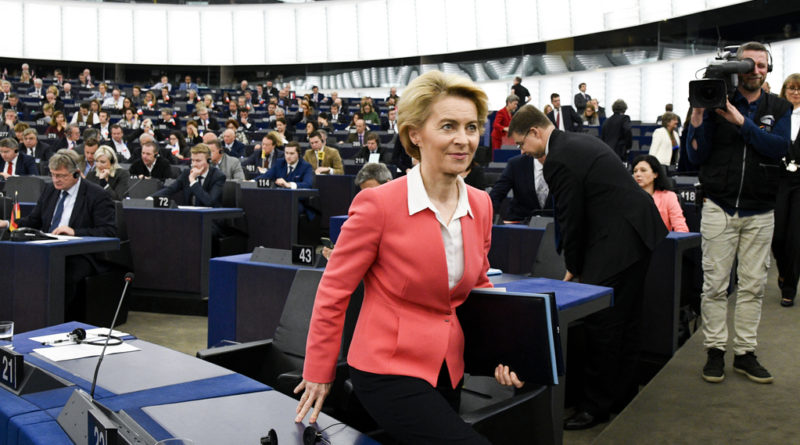 A new policy cycle has started for the European Union, as the new EU Commission took office on December 1st. For the first time, the Commission President is a woman, the former German Minister of Defence Ursula von der Leyen.

The EU executive is made of 27 members, one per EU member state, excluding the UK. Britain has not left the bloc yet, but has still to designate a commissioner. Meanwhile, the 27-strong team has received the green light from the European Parliament and the EU Council to start working.

In the mission letter sent to Commissioners, Ursula von der Leyen said she intends “to strengthen the links between people and the institutions.” The new Commission “must send a clear signal” that “policies and proposals deliver and make life easier for people and for businesses,” she added. So what’s in store for the next five years? This is a summary of what has been announced on EU rights and social affairs.

Margaritis Schinas (Greece), Commissioner for “promoting the European way of life” will be in charge of reforming the migration and asylum systems, and of making communities “more united and cohesive.”

His portfolio also covers “skills, education and integration,” including experiences across borders. The budget for the student exchange programme Erasmus+ is expected to triple. The European Solidarity Corps (which supports volunteering across Europe) and the DiscoverEU programme (which grants 18-year-olds a free travel card) should get a boost too.

“We need to create a European student card,” said Commissioner Schinas during a hearing at the European parliament.

The Commission will look into ways to fill skills shortages by ‘upskilling’ part of society to benefit from technology and by bridging skill gaps through immigration, Schinas told MEPs.

Schinas anticipated the review of the Blue Card, an EU-wide work permit for highly skilled workers from outside the EU. In addition, he supports a revision of the EU directive on third-country nationals, “so that legally residing people can have a chance to benefit from labour mobility across the EU.” These initiatives will apply also to British citizens living in or moving to the EU after Brexit.

A team under Schinas will be responsible of the fight against anti-Semitism.

“Some of the deeper changes in our society”

Ursula von der Leyen said she wants to “address some of the deeper changes in our society that have led to a loss of faith in our democracy” on the part of “those who feel left behind by progress and transition.” She believes that “the root cause” of this situation “is more about demographic change than democratic structures.” So an analysis will be produced on the impact of demographic change in different social groups and areas, with expected support for the regions suffering a ‘brain drain’.

Another assessment probably followed by action is on whether care and pension systems in Europe are “fit for an ageing population.”

Dubravka Šuica (Croatia), EU Commission Vice President for Democracy and Demography, will also oversee measures to reconcile work and family life, and prepare a strategy on the rights of the child.

At a parliament hearing, Šuica said that more should be done for UK citizens in the EU and EU nationals in the UK.

“Citizens must have a say”

In her mission letters, Ursula von der Leyen recognized that beyond voting in the EU elections, “there is a need to improve participation” in the democratic life of the European Union.

Šuica has therefore been tasked with the organisation of a Conference on the Future of Europe during which “Europeans must have their say” on how the EU is run. The conference will start in 2020 and will run for two years.

On her part, Věra Jourová (Czech Republic), EU Commission Vice-President for Values and Transparency, will develop a European Democracy Action Plan to address the threats of external influence in the European elections.

This should include legislative proposals on transparency regarding paid political advertising and “clearer rules on the financing of European political parties.” The Commission intends to counter disinformation and fake news, increasing awareness “from an early age” about these threats, while preserving freedom of expression and media pluralism.

Transnational lists back on the agenda

EU governments bypassed it in this year’s appointments, but the ‘lead candidate system’ will continue to be discussed in the coming years, said von der Leyen. Under this system, political groups at the European Parliament designate a person for the role of European Commission president to be appointed considering the outcomes of EU elections. EU governments this year were not satisfied with the names suggested and went on with their own.

Transnational lists, which involve the creation of Europe-wide constituencies for the European elections, will also be re-discussed. Supported by French President Emmanuel Macron, this idea was voted down by the European Parliament itself in 2018.

Ursula von der Leyen wants Europeans to have a “greater say in decision-making” and promises to improve the functioning of European Citizens’ Initiatives, petitions asking the European Commission to propose legislation.

There are also talks about giving the European Parliament the right to initiate legislation, a power it does not have at present. But this may involve the complex procedure of changing the Treaties, with a lot of uncertainty on the final outcomes.

EU Commissioner for jobs and social rights Nicolas Schmit (Luxembourg) will work at the introduction of a European Unemployment Benefit Reinsurance Scheme. This could take different forms, including a fund from where national systems borrow to reduce the pressure on public finances in case of external economic shocks, such as a financial crisis or a disorderly Brexit.

The Commission also aims to ensure that every worker has “a fair minimum wage,” a move that the European Trade Union Confederation is looking forward to.

Also in the plans, the creation of a European Child Guarantee so that all children have access to basic services.

Equality Commissioner Helena Dalli has been tasked to ensure that disability is taken into consideration in all EU policies.

But the first action of the new European Commission is expected this week, on December 11, with the announcement of a European Green Deal aiming to overhaul the European economy to tackle climate change.

Sounds good? Better being cautious. All Commission’s proposals have to be approved by the European Parliament (elected MEPs) and the EU Council (EU governments) before they can take effect.

Europe Street News is an online magazine covering citizens’ rights in Europe. We are fully independent and we are committed to providing factual, accurate and reliable information. Our recent survey has shown that about two thirds of the people impacted by Brexit lack information about their rights and awareness is generally low for anything related to EU rights. We believe citizens’ rights are at the core of democracy and information about these topics should be accessible to all. This is why our website and newsletter are available for free. Please consider making a contribution so we can continue and expand our coverage. 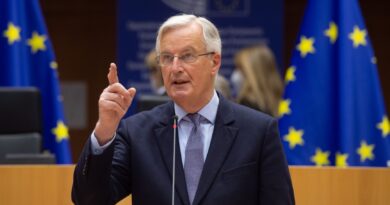 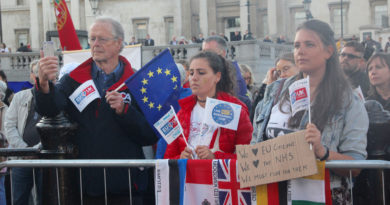