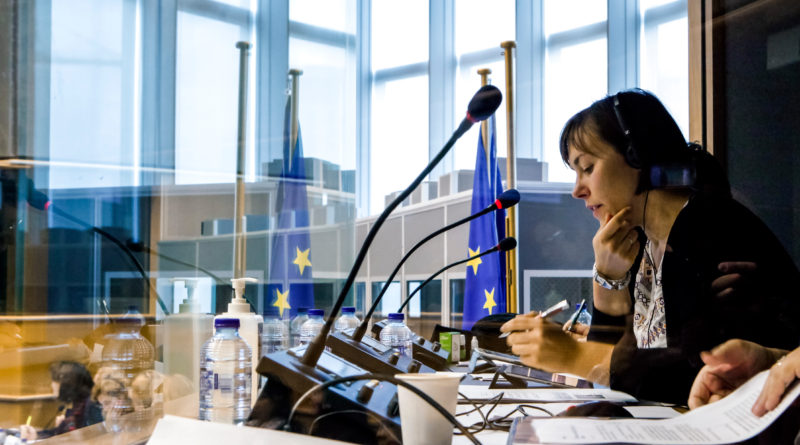 So far the use of language in Brexit negotiations between the European Union and the United Kingdom has been nothing more than a subplot. And yet, it is undoubtedly one of the most crucial elements. Translations can shape conversation and understanding: it could be that the slightest change in meaning or tone of even the most innocuous words could have serious consequences.

In October 2016, Michael Barnier, the EU’s lead Brexit negotiator, suggested that the forthcoming negotiations between the EU and the UK should be conducted in French, his native language.

His proposal was met with mixed reactions. Some embraced the line of argument that English should no longer be one of the EU’s official languages post-Brexit. Others, including UK Prime Minister Theresa May, challenged his proposal, saying that negotiations between the EU and the UK should be conducted “in the way that is going to make sure we get the right deal for the United Kingdom”.

Most recently, European Commission President Jean-Claude Juncker chose to deliver a speech in French, saying that “English is losing importance” in Europe. But if the EU’s officials were to take a step back, they would see that in fact English could be about to become the union’s most important language.

Brexit and the English language

Since the UK and Ireland joined the EU (then European Economic Community) in 1973, English has gradually become the most commonly used language in the EU institutions, and the most widely spoken language among EU citizens. However, rather than being an impetus for English to no longer be used in the EU, as Barnier’s proposal suggests, Brexit in fact strengthens the case for promoting English as the lingua franca of the EU.

The UK’s withdrawal from the EU means that there will only be a small minority of native English speakers left in the EU after Brexit – around 1% of the overall EU population, mainly Irish and Maltese citizens. This will reduce the English language’s anglocentric character in the EU, and make it a much more neutral language of communication than any other European language.

English, in other words, could become a new Esperanto, a language constructed in the late 1800s to reduce the “time and labour we spend in learning foreign tongues” and to ensure that “all nations would be united in a common brotherhood”, for the EU. Though Esperanto did not have the success that its creator hoped, it could be that English succeeds in uniting the remaining European nations in a “common brotherhood”.

Back in the UK, the constitutional transformations that will take place after withdrawal from the EU enhance the case for the recognition of English as an official language.

One of the effects of UK devolution has been to make Welsh in Wales and Scottish Gaelic in Scotland the official languages of each respective country.

English, however, does not enjoy such status – a feature which some regard as “missing” from the UK’s unwritten constitution. But Brexit has inadvertently opened up the possibility of it being recognised as the official language of the UK or, at least, of England.

On the other side of the coin, however, Brexit is likely to have serious implications for indigenous minority languages in the UK.

The UK’s membership of the EU, and the increasing process of institutional integration that followed the 1992 Maastricht Treaty, gave speakers of the UK’s minority languages – Welsh, Scottish Gaelic, Irish and Cornish, for example – ideological fellow travellers in the so-called “Europe of the regions”.

It meant that the UK’s linguistic minorities were not alone in the fight for recognition of their languages, both at the national and supranational level. Their plight was shared by other minority linguistic groups across the continent.

But Brexit threatens to de-anchor the UK’s linguistic minorities from this unofficial structure. This could very well result in a period of uncertainty and disorientation for their speakers.

It could be that the the UK’s withdrawal from the jurisdiction of the European Court of Justice and, potentially, the European Court of Human Rights, will also put pressure on the UK government to recognise minority language rights and freedoms in a transformed UK constitution. The speakers of official languages like Welsh and Scottish Gaelic would no longer have access to international court remedy, so setting up a new justice route would be imperative.

Likewise, Brexit will have important implications for speakers of non-native minority languages – particularly immigrants. Clear language requirements will need to be in place to ensure that citizenship and asylum applications, and other public services can be accessible to them.

The world will have to wait and see whether the English language retains its importance in the EU after the UK leaves. But clearly, both EU and UK need to resolve their language issues before they can hope to negotiate and build post-Brexit societies. 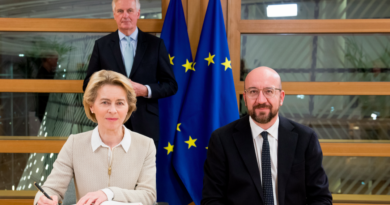 The United Kingdom has left the European Union 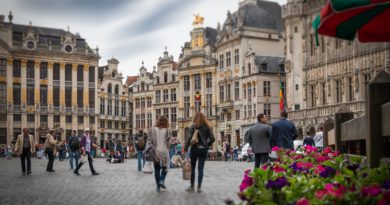