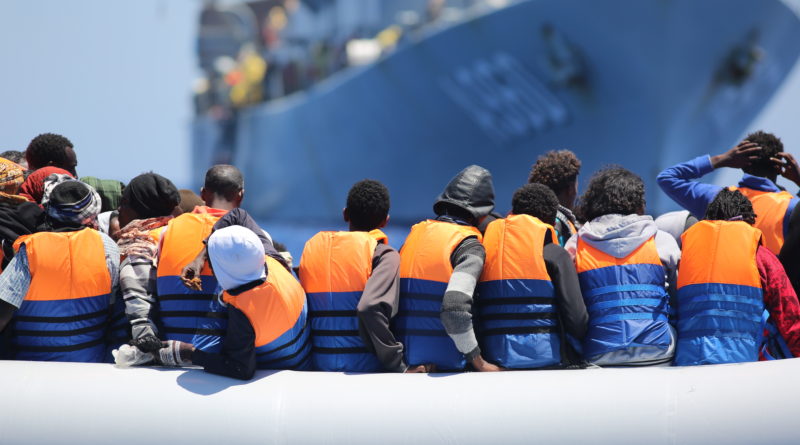 Britain is more concerned about immigration than any other country polled for the Ipsos Mori study “What Worries the World.” Among people surveyed in the UK, 42% think that immigration control is the most concerning issue, followed by healthcare (34%) and terrorism (31%). The other 25 countries together worry mostly about unemployment (38%), corruption (33%), poverty and social inequality (33%).

When it comes to immigration, the UK is followed by Germany (41%), Sweden (33%) and Italy (32%). Unlike the UK, however, these countries have been at the forefront of the refugee crisis. Italy is a door to Europe and rescues thousands of people in the Mediterranean each week. Sweden and Germany are the EU countries that welcomed the highest number of refugees per person. They also receive a significant number of EU migrants. In 2014, the figure on a per capita basis was higher than the UK, according to Eurostat.

So why is Britain so fearful of immigrants? Dr Barbara Gibson, global business consultant and lecturer in intercultural business communications at Birkbeck College, University of London, says this may be because the UK, its government and media are “interculturally incompetent.”

What does it mean?

People react to cultural differences in many ways. Dr Milton Bennett explains intercultural sensitivity on a scale of six steps. On one side, there are individuals who believe that their culture is central to the reality perceived by others. This is the “ethnocentric” approach and involves three stages: denial, which considers one’s culture as the only real culture; defence, which is against anything different; and minimization, which tends to deny differences from a place of privilege. On the other side, there are people who perceive other cultures as more equal. This attitude is “ethnorelative” and involves the stages of acceptance, adaptation and integration.

The UK collectively is probably in the stage of minimisation. Everyone seems to be fine and tolerance is considered a core value of the country. But if you think about it closely, tolerance is not acceptance. It means ‘we are superior and we let you live here as long as we have control.’ From here, it is also really easy to fall back into defence, especially when the media and politicians feed you with fear.

Do you refer to specific examples or to media across the board?

The media play a crucial role because they want attention and what gets attention is conflict. So even though there are differences between the BBC and the Express, during the EU referendum campaign they all have driven a narrative of conflict, which inflates fear and creates the feeling of ‘us against them’.

Does this explain the level of concern emerged from the Ipsos Mori poll?

We have lower immigration rates than other countries, so it is clear that fear has been hyped up. And I don’t believe that concern existed at this level even a year ago. Now many people talk about racism, but I don’t think it is the right word. It’s more about ethnocentricity, that is thinking one’s culture (rather than race) as superior. It is an important difference.

Are there consequences of this ‘incompetence’ for businesses?

Yes, because if you are to be a global player, you need to understand different cultures and have intercultural competencies. Probably these competencies also apply to a country that aims to advance its own goals on an international level, whether for trade or for political negotiations.

What are specifically these competencies?

To be successful globally, businesses have to apply five key competencies. The first is cultural self-awareness, which is being aware of your cultural biases and understanding how your culture is viewed by others. The second is cultural sensory perception, which is understanding that what happens may be due to cultural factors. The third is open-mindedness, not judging or jumping to conclusions before examining the matter from different cultural perspectives. The fourth is global perspective, which means for a business not thinking British first then the rest of the world, but seeing the place of the organisation in the world and utilizing people from other cultures in strategic ways. The final one is adaptability, which is self-explanatory.

So much of what we see in the government now is just demanding what the UK wants, indicating a lack of these skills, and this will have enormous implications for businesses too.

What about London, isn’t it one of the most multicultural cities in the world?

London is much more interculturally competent than the rest of the UK and this was shown in its approach to immigration and in the referendum.

Where is the rest of Europe on this scale?

Some of the hard-core ethnocentric think that without the UK, Europe will crumble. But it could also go the other way, that Britain will become less and less relevant as Europe grows further along. Looking at the relation among Europen countries, I believe Europe as a whole is in the stage of acceptance, where there isn’t necessarily agreement but there is respect. Other countries have a sense of a European culture and a pride of being European, which I am not sure in the UK has ever existed.

How to heal a society that has emerged so divided from the referendum?

There is no easy answer to this question. First of all, the need for healing would have to be recognised, but the media are continuing to drive the division and the current government is in denial. Anybody saying there is a problem gets discounted and this is not only related to Europeans and foreigners. Calling people “remoaners” is denying 48% of voters the right to an opinion or a worry. I fear it will take years to heal society and that only after we descend further, someone will start working at fixing things.

What would you suggest to people confronted by xenophobic attitudes?

I’d suggest focusing on their own intercultural competencies and understanding as much as they can about British culture, so they can adapt when needed. It is important not to polarize the situation and being pushed in the defence stage. Encountering people who are at different stages of the scale is inevitable, so it is the job of all to adapt to others and not to expect others to adapt to you. 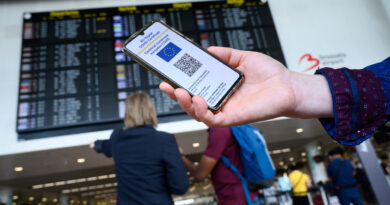