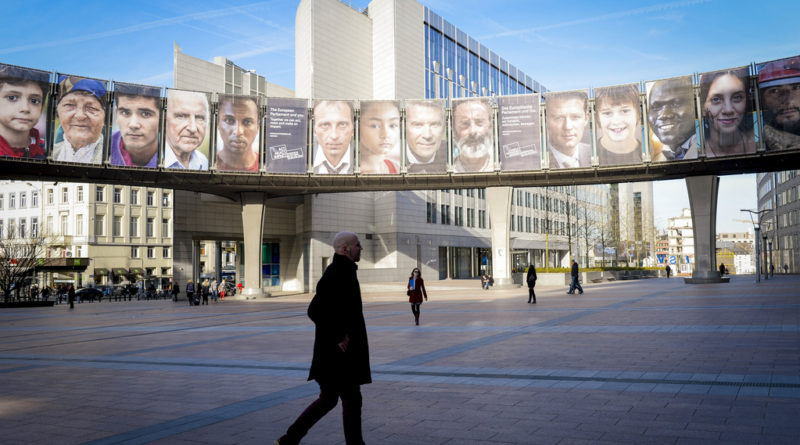 Just 16 days before the vote, the British government has confirmed that the UK will participate in the election of the European parliament, on May 23. The announcement was made on May 7 as it became clear that it would be impossible to pass the Brexit agreement before the EU elections. But the short timing is likely to exclude many electors and increase the risk of low turnout, especially among EU nationals.

In Britain, people eligible to vote (British, Irish, citizens from the Commonwealth and citizens from other EU countries living in the UK) had to be on the electoral roll by May 7 to receive a polling card. EU nationals also had to send a form to declare they would not vote in their home country, as voting in more than one state is illegal.

Few people, however, know about the form. Its introduction in 2014 had already caused controversy, as the number of EU nationals in the UK who could vote in the EU elections fell to 327,833 from 1,043,629 in 2009, denounced pro-EU group New Europeans. Many were turned away from polling stations, according to media reports.

The issue led to a parliamentary enquiry and the Electoral Commission, the independent body overseeing polls, promised to simplify the procedure. But then the UK voted to leave the European Union and with no more EU elections in sight, the plan was abandoned.

At that point, EU advice services recommended EU nationals to register in both Britain and their country of origin, to be able to vote in the event of a last minute withdrawal of the UK, according to emails seen by Europe Street. The Dutch government also extended the registration deadline for its citizens in the UK to help manage the uncertainty.

Quietly, registration procedures also started in Britain. “Some Councils have been proactive and sent the additional form to EU residents as soon as it became clear that the UK might participate in the election. Some others have not. There has been no guidance from the Electoral Commission,” protests Maike Bohn of the3million, a group defending the rights of EU nationals in the UK.

“Many people received the form at the very last minute without being told that they could scan it and send it back by email. Many who wanted to vote in the UK will be excluded,” she told Europe Street.

Some EU nationals have expressed their frustration on social media.

Two separate web tools (registertovote.eu by IT co-operative ChangeLab and getvoting.org by Best for Britain) were also set up to help people submit the form. But the Electoral Commission urged EU citizens not to use them because of concerns over personal data and both platforms folded as a result.

Another attempt to facilitate the registration was made by MP Mike Gapes of Change UK – The Independent Group, together with a group of MPs from the Labour Party, the Liberal Democrats, the Scottish National Party and Wales’ Plaid Cymru. They tabled a motion urging the government to direct local authorities to send polling cards to all EU citizens and make the form available at polling stations on May 23.

To date, the motion has yet to be debated and it is unlikely any action will be taken. Cabinet Office minister David Lidington bluntly said this week that while EU elections “legally have to take place”, the British government hopes that the UK will “never have to take their seats at the European parliament”.

Under EU rules, EU citizens living in another country of the European Union should be able to take part in EU elections either from the country where they reside or in the country where they are from. In reality, several obstacles limit their participation. Many people do not know they have this right, registration requirements and deadlines vary and some EU countries do not allow their citizens abroad to vote at all.

In 2014, only 8% of European citizens living in another EU member state were registered to vote for the European parliament, according to the European Data Journalism Network.

A European parliament survey among EU nationals in the UK also showed that a large portion did not vote because they did not know where or how to do so, they did not feel “sufficiently informed” or they were not registered.

“There is clearly a democratic deficit. If you want to involve people in the democratic process, you have to remove the barriers, and this applies to all EU countries,” Maike Bohn says. “But the way this election has been handled in the UK is outrageous. The vote is a democratic right and this vote in particular is important for us, after two years of Brexit negotiatons.”

The turnout in EU elections is also usually lower than in national ones and it is hard to predict whether Brexit will have an impact on this trend. In 2014, 35.60% of the British electorate cast their vote, one of the lowest turnouts in Western Europe (the highest percentage ever reached was 39.26% in 2014).

An analysis by Best for Britain, an anti-Brexit campaign, estimated that 7.9 million eligible voters might not be on the electoral roll this year, with figures particularly large not only for EU nationals, but also among young people. British residents in other EU countries are also likely to be excluded because in many countries the deadine to register and vote locally had already passed when the Brexit extension was decided. 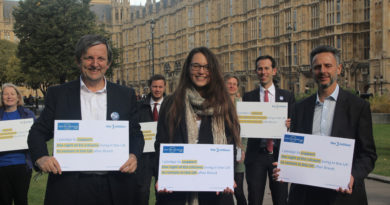 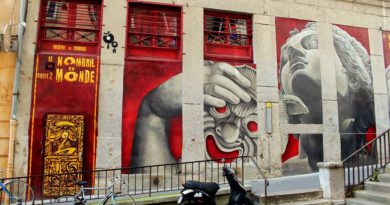