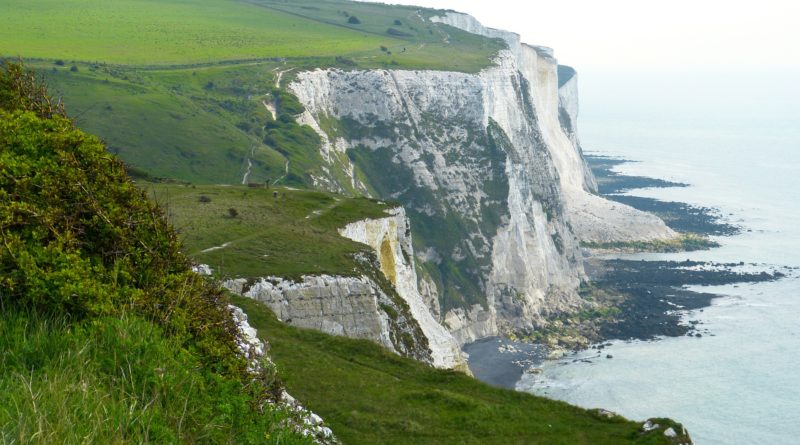 Three weeks from the election, major British parties have presented the manifestos with the programme they propose for the coming 5 years.

Brexit will be the defining issue of the next government, but only the Liberal Democrats have made it the most prominent component of the manifesto. For the Conservatives, the country faces “five giant challenges” and Brexit is part of defending British interests in “a changing world.” For the Labour Party, the Brexit chapter comes after “creating an economy that works for everyone” and its focus is on immigration and trade.

More in details, what do the manifestos say about negotiations with the European Union and the future relationship with EU countries?

Negotiating with the European Union

The Conservative Party promises to leave the single market and the customs union while seeking “a comprehensive free trade and customs agreement” with the EU. “We will pursue free trade with European markets,” says the manifesto. The choice of words – ‘markets’ rather than ‘countries’ – suggests a commercial-only interest towards the rest of Europe.

The Tories seem open to the idea of an exit bill: “We will determine a fair settlement of the UK’s rights and obligations as a departing member state, in accordance with the law and in the spirit of the UK’s continuing partnership with the EU.”

They also maintain that “no deal is better than a bad deal” and that the final agreement will be subject to parliamentary vote.

The Labour Party accepts the referendum result and puts British “jobs and the economy first.” Labour wants to retain the benefits of the single market and the customs union, but promises to end free movement of people, an option not acceptable to Brussels.

While it does not mention the so-called ‘Brexit bill’, the manifesto signals contributions to the EU budget will continue, as EU structural funds are set to be maintained until 2019/20. Labour also wants to remain in the Euratom Treaty on nuclear power and keep access to the EU energy market.

A ‘no deal’ would be the worst possible outcome, according to the manifesto. Therefore the party rejects this option and aims to negotiate transitional arrangements. Labour guarantees a “meaningful vote” in parliament on the final Brex?it deal.

The Liberal Democrats “passionately” believe Britain would be best in the European Union, but acknowledge the result of the 2016 referendum and promise to fight a hard Brexit.

They want to keep the membership of the single market and the customs union and support freedom of movement. In particular, they intend to protect Erasmus+ and other EU schemes that offer opportunities for young people.

The LibDems believe British people should have the final say on the Brexit deal and plan a second referendum providing the option to stay in the EU if the result of the negotiations is not satisfactory.

The Green Party and UKIP hadn’t launched their manifestos at the time of writing. The Greens, however, published the “Green guarantee”, a set of commitments which includes their approach to Brexit. They want to continue free movement of people and maintain opportunities for the young, such as the Erasmus student exchange programme. They are also keen to preserve EU environmental laws and principles that protect workers’ rights.

Like the LibDems, the Greens believe there should be a ratification referendum with the option to remain in the EU.

All manifestos promise to secure the rights of EU nationals in Britain and British citizens in the EU. But the Tories speak of “entitlements” rather than rights. Labour wants this issue to be settled “immediately,” while the LibDems are prepared to guarantee rights of EU nationals unilaterally. The Liberal Democrats also call for the simplification of the process to acquire UK permanent residence and citizenship. All parties recognise the contribution of EU staff working in the National Health Service and commit to protect their rights.

Similarly, all parties want to avoid – or reduce as much as possible – the impacts of a hard border between Northern Ireland and the Republic. They also intend to protect the rights of Gibraltar.

While the membership of the single market presumes the continuation of the jurisdiction of the European Court of Justice, this specific issue is not mentioned in the Tories’ manifesto, despite being one of the pillars of their strategy to repatriate powers from Brussels.

Future relationship with the EU

Looking at the future, the Conservatives aim to reach a free trade agreement with the EU with as few barriers to trade and investment as possible.

Their focus is on cutting immigration: they want to reduce the number of people moving to the UK from the European Union while still attracting “the skilled workers our economy needs.” But their plan is especially to reduce immigration from outside the EU. “We will increase the earnings thresholds for people wishing to sponsor migrants for family visas. We will toughen the visa requirements for students […]. We will expect students to leave the country at the end of their course, unless they meet new, higher requirements that allow them to work in Britain.” In addition, the party plans to double the Immigration Skills Charge levied on companies employing workers from outside the EU to £2,000 a year.

At the same time, the Conservative Party plans to spend more on research and innovation and “increase the number of scientists working in the UK.” Cooperation with the EU will be sought in this area, as well as in the fight against crime and terrorism. So it will be “reasonable” to contribute to the programmes the country will participate in, says the manifesto.

Tories plan to replace EU’s structural funds with a “United Kingdom Shared Prosperity Fund” to support poorer regions. They will create an independent energy policy “based not on the way energy is generated but on the ends we desire.” With regard to the fisheries, plans are to withdraw from the London Fisheries Convention, which has granted access to British waters to other European countries since 1964.

The manifesto adds that workers’ rights deriving from EU laws will be kept and the UK will remain a signatory to the European Convention on Human Rights. The human rights legal framework will be reconsidered when the process of leaving the EU will be completed.

The Labour Party also plans a new immigration regime ending freedom of movement, but will not include international students in immigration numbers. The party aims to replace the income thresholds for family members from non-EU countries with a prohibition on recourse to public funds.

Cooperation with the EU will be maintained on climate change, the refugee crisis and counter-terrorism. Labour “recognises the vital role that cross-border agencies such as Eurojust and Europol have played in making Britain safer.” The party plans to maintain the membership of Euratom and the European Medicines Agency (EMA) – in this way possibly keeping EMA in London. The UK should also continue to participate in innovation programmes such as Horizon 2020 and in the Erasmus.

Another priority for Labour is the EU market access for British farmers and food producers. The party wants to keep EU’s environmental standards and workers’ rights, taking “decisive actions to end the exploitation of migrant labour undercutting workers’ pay and conditions.”

On their part, the Liberal Democrats aim to ensure that “the immigration system is operated fairly and efficiently, with strict control of borders.” They want the UK to remain an attractive destination for overseas students and are prepared to give the devolved administrations the right to sponsor more post-study work visas. For travellers and tourists, they intend to maintain the European Health Insurance Card, reduced roaming charges and pet passports.

The LibDems want to defend social rights and equalities based on EU law, keep EU’s environmental standards and judicial cooperation with the bloc. They plan to double the spending in innovation, protect support for farming, tourism and the creative industries, as well as help deprived areas. The LibDem’s is the only manifesto aiming to keep “full rights in EU financial markets” for the City of London.

Finally, when it comes to British citizens living in the EU, Labour commits to protect their pensions, while the Conservatives and the Liberal Democrats pledge to give them the right to vote, which is now lost if people have resided outside the UK for more than 15 years. 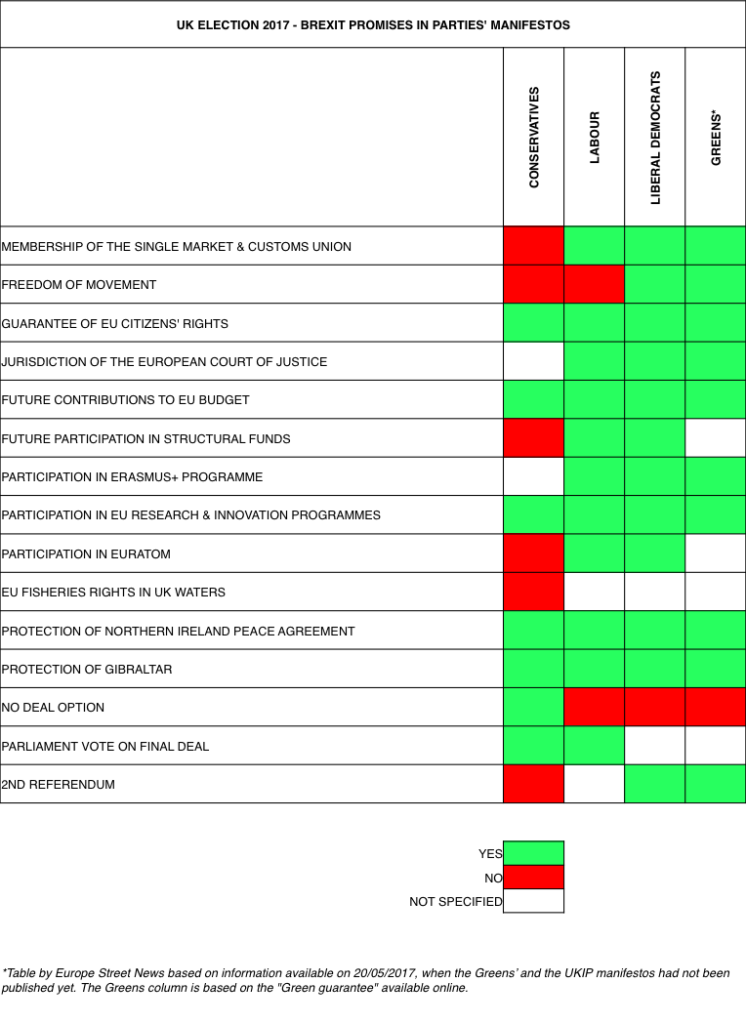 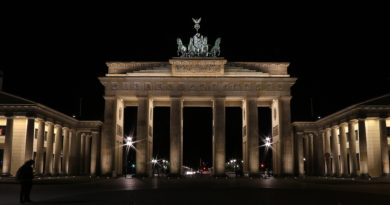 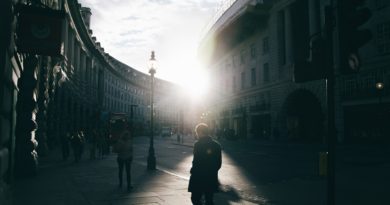 A violation of the right to private and family life?