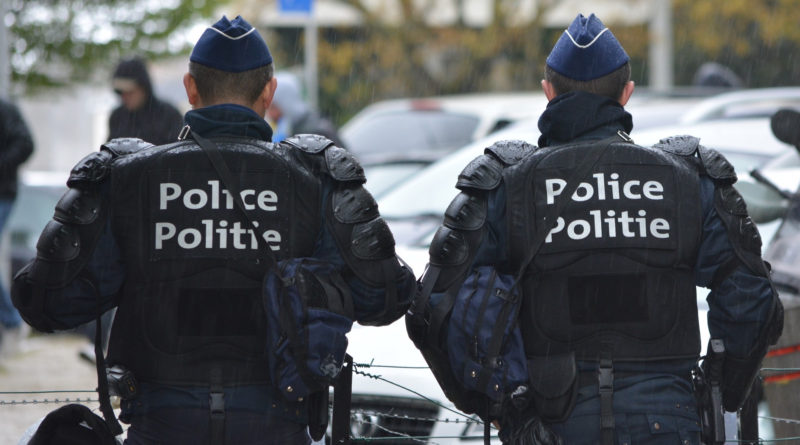 The attack in Manchester this week brought to the fore another sensitive topic of the Brexit negotiations: the future cooperation on justice and security.

On Monday 22 May a man blew himself up in the foyer of the Manchester Arena after the concert of American singer Ariana Grande. The show had just finished and people were leaving the venue: 22 died and 59 were injured. Many of them were teenagers and children. Among the victims, there was a Polish couple who had gone to pick up their daughters. The suicide bomber was a 22-year-old man born in Britain from Libyan parents, who was connected with Islamic extremists. The Manchester attack is the worst act of terror in the UK since the London bombings of 2005, and the fourth deadliest in Western Europe since 2015.

In the past two decades EU countries have created ways to deal with common threats such as terrorism, cybercrime and illicit trafficking. There are mechanisms to share information and join forces in investigations. Will they be kept in the UK after Brexit?

Professor Liz Campbell of Durham University has analysed the existing tools describing options for the future. The conclusion of her study is that Britain should maintain as much as possible current arrangements, especially considering that London already enjoys a special status (the UK can opt in different measures rather than applying them automatically). The UK could keep similar levels of cooperation with the EU, but this would require accepting the jurisprudence of the European Court of Justice, an option the current government is opposing.

Conditions and options for the future vary depending on cooperation tools. One of the most important is Europol (the European Police agency), of which the UK is a very active member. With some 20 staff, Britain has one of the largest representations. The UK also chairs 4 of the 13 thematic working groups and co-chairs another 5, more than any other EU country, according to the study.

The UK could become a third country member, such as Switzerland, Norway and the USA, but in this way it could only be involved as an observer in the management board, which decides how the office is run and defines its priorities. Another option could be a bilateral agreement, still less effective and costlier than current arrangements.

Secondly, there is Eurojust, which supports cooperation between national investigating and prosecuting authorities and gives access to the Case Management System. In this area the EU has agreements with Norway, Iceland, the USA, Switzerland and the former Yugoslav Republic of Macedonia. The problem for the UK would be obtaining political acceptance in the EU for exchanging judicial information and personal data outside the bloc without any oversight of EU institutions. There would also be limits to participation in strategic decisions made by the management board. Most importantly, the UK might lose access to the Case Management System.

Thirdly, there are Joint Investigation Teams (JITs), which are made of prosecutors and police authorities of two or more countries. These are established for a fixed period of time and a specific purpose. Teams exchange information and their members are allowed to participate in investigations outside their own country. Currently, says the report, the UK is involved in 31 Joint Investigation Teams. As JITs can only be launched by a request from a member state, unless there are different arrangements the UK will not be able to take the initiative in the future. But overall, there are no legal obstacles for JITs to continue involving the UK.

Finally, the European Arrest Warrant allows the extradition of individuals to face prosecution or to serve a prison sentence in another EU country. This is based on the mutual recognition of criminal decisions and is meant to “move away from the conventional refusal of extradition on the grounds of nationality.” Requests are addressed rapidly. If the UK withdraws from the European Arrest Warrant, the more convoluted measures of the European Convention on Extradition of 1957 will apply. But in Ireland, the only country sharing a land border with the UK, the legislation related to this Convention has been repealed, so a new procedure will have to be put in place.

In addition, the UK will not be able to access the Second Generation Schengen Information System (SIS II), which allows authorities to issue alerts and consult data on persons who may have been involved in serious crimes. Norway and Iceland have an agreement with the EU in this regard, but they are also part of the Schengen area (with no border controls). Further, they “have strong cooperation with EU members such as Denmark and Sweden through the Nordic arrest warrant” and they recognise the European Court of Justice jurisprudence.

The future of security

It would make sense for the UK to maintain to the greatest possible extent cooperation with the EU in justice and home affairs, concludes Professor Campbell. This was also position of the House of Lords EU Committee. “In leaving the EU the UK will lose the platform from which it has been able to exert […] influence, with an attendant risk to the UK’s ability to protect its security interests in future,” warned peers in a report.

The UK could leverage its historical role and intelligence capacity to negotiate a preferential agreement with the EU. However, judicial systems and individual protections will have to remain aligned. If the UK will leave the European Convention on Human Rights, for instance, the implications will be “fatal,” says Professor Campbell.

A survey for the European parliament published in April shows that 80% of people from EU countries want to see more European cooperation in fighting terrorism. The percentage is as high as 73% in Britain.

After the Manchester attack Jan Kral, Czech Secretary of State for EU affairs, said it is “always more efficient and more effective if we face those challenges together, united in a common framework.”

In an interview with French magazine L’Obs, François Heisbourg, advisor at the Fondation pour la Recherche Stratégique, who worked on defence and counter-terrorism in the campaign of French President Emmanuel Macron also commented: “It is clearly in the mutual interest of the British and the Europeans that there is agreement on this matter. […] I hope Mrs May will not put these issue in the general bucket of the various Brexit disputes. To put it another way, that she will not exchange security with standards of bananas. But the question is there, things are not settled. It is essential to isolate this topic from the rest of the negotiations, or it could be a lose-lose game for the safety of both British and Europeans.”

Although all attacks are tragedies, The Economist has recently shown that the number of casualties due to terrorist acts in western Europe has reduced significantly since the 1970-80s. At that time the threat was mostly domestic (the Troubles in Northern Ireland, ETA in Spain). Today, while they are often home-grown, terrorists are bred through international networks, so international cooperation is even more important.

While every attack is devastating, terrorism is not as consistently deadly as it was in the 1970s and 1980s https://t.co/julq5EcvxL pic.twitter.com/AKeupyhCyV