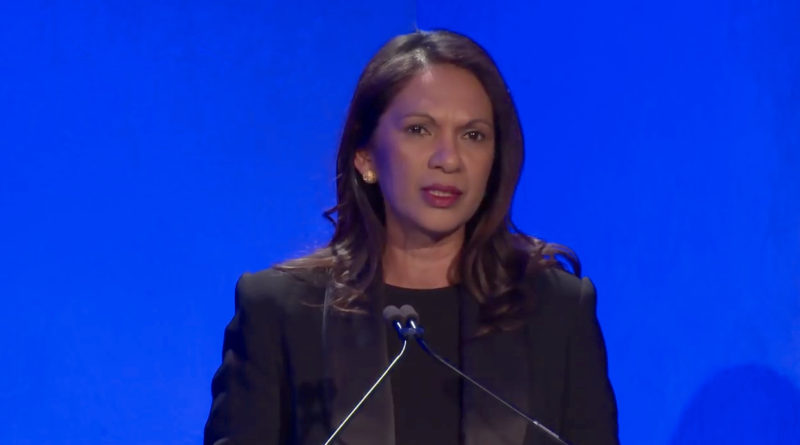 British businesswoman and political activist Gina Miller called on European citizens living in the UK to cast their vote in May’s local elections.

Miller, who in 2016 initiated and won a case against the British government over its authority to begin the detachment of the UK from the European Union without parliament approval, addressed event in London about the future of EU nationals in the country. The event was titled “Should I stay or should I go”.

In a passionate speech on the hostile environment Brexit created for EU nationals, she said: “I’m sorry to you, to all EU citizens in the UK who are suffering. I am sorry as a British citizen for what you are going through. I believe in optimism and hopefulness. I hope that divisions and the distrust being built in Britain can be arrested and reversed.”

She mentioned cases she had directly experienced: “I must not walk into a florist and be approached by a wonderful French lady who said to me: ‘thank you, but goodbye I’m leaving in July because as a stay-at-home mum I have been told I’m a low skilled worker. My husband can stay, my twelve-year-old son can, stay but I cannot. Or the letter I got from Bristol from a German mother who’s been here 37 years whose son is a paralympian who actually won several medals for the UK, who while was speaking to her son was spat at and kicked to the ground. Or the young couple who sent me a letter from Leicester, a Polish couple, and the lines read: we were standing at the bus stop speaking in our native tongue in the country we call home, but then we were kicked to the ground and they kicked my tummy and said no more of you bastards here and I lost my seven-month twins.”

“This is not the Britain anyone should be proud of” she said. “This is why we must all fight. We must all speak up, and the first thing we can do concerns the local elections. Your voices can be heard. The millions of EU citizens who can vote must do it”.

Miller encouraged people to write to political representatives and demand answers: “You must make your voices heard, but not only your own voices: speak to your friends and your neighbours. Encourage them too to send letters, to write to local councillors and local MPs and demand answers: why is this inhumanity happening? Why are we becoming a country where no one speaks up for what is right?”

She also called on everyone to spread the message outside London. “You need to speak to anybody you know outside London, because you cannot take it for granted that the messages from London are echoing around the country. They are not. We cannot be complacent, we must reach out and explain that we are actually all the same, we are not different, we all love Britain. It is our home, but we need to be part of something bigger. In a world that’s moved on, we cannot go backwards. This is about our futures, our voices, and every single one of us has a responsibility to speak out and use it.”

The right to vote and stand as candidates in local elections derives from EU citizenship. Not many people are aware of this, but municipalities in Europe with large numbers of EU residents have started to target them in local votes.

In the UK, local elections take place on May 3 2018, but according to Nicolas Hatton, co-chair of advocacy group the3million, only 50% of EU nationals have registered to vote. The deadline for registration is April 17. Those not in the country on election day can apply to vote by post or by proxy by April 18.

Anna Boccassini © all rights reserved.
Photo: Gina Miller at the event ‘Should I stay or should I go’. 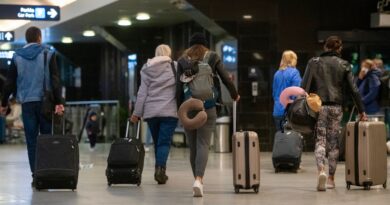 Stranded abroad: how EU repatriations work and why some EU citizens struggled to return to the UK 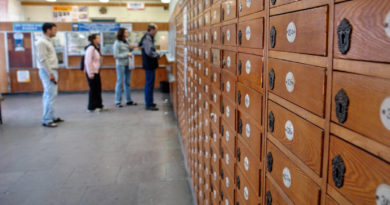