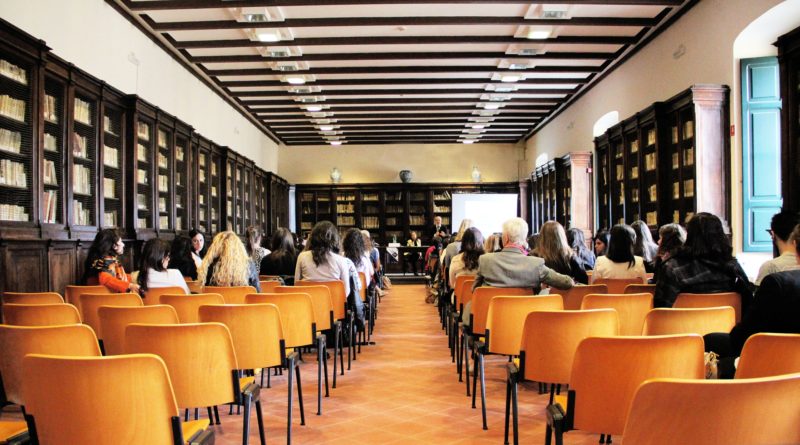 I was at an academic conference in Europe a few months ago, where one of the keynotes was an eminent EU academic who works at a UK Russell Group university. She has won international awards and prizes, and recently also a large research grant from the ERC (European Research Council). As we were at the conference dinner, the conversation inevitably turned to Brexit and the government’s shambolic treatment of EU citizens as negotiating capital.

“The government is taking us completely for granted, it’s inhumane”, she said. I asked whether she was thinking of moving out of the UK. To my surprise, she was not, and she was taking steps towards British citizenship. Just to be safe.

Given how the UK treats EU nationals, why isn’t there a mass exodus of academics? The picture becomes even more puzzling if we consider the perks of UK academia.

Full-time lecturers have suffered a staggering pay cut of 21.5% since 2009.

UK academia is more precarious than in many EU countries that have more protective labour laws, with a Sports Direct zero-hour contract model and “associate lecturers” who have no office space or pension rights, who are being paid meagre sums, or even food as payment (in Oxford).

UK academics are among the least happy with senior management in Europe. A recent survey among over 6000 academics revealed the mean satisfaction with leadership to be under 10% (and in no instance was it over 40%). Imagine any other industry where people have such staggeringly low confidence in leadership.

Several studies show UK academics to be among the most unhappy academics in the world. One recent survey (open access version here), among 19 countries (e.g., Germany, Korea, Australia, the UK), shows UK academics to be the least happy, at the bottom of the league table. The UK has an unenviable combination of low pay, high stress, a managerial culture (which requires academics to comply with arbitrary requirements of REF, TEF, the “student experience”) and low job satisfaction.

Reasons for the lack of exodus

So why the lack of exodus? I think the following factors are key:

1. Due to the factors mentioned above, the brain drain is already happening now albeit slowly especially at the senior level, as I witnessed while working as a postdoc at Oxford University. I saw senior positions go unfilled for months at the time as favoured candidates (usually from research-intensive American programs) declined offers they deemed not good enough. I also saw several prominent academics leave Oxford, in part due to the low salaries, high housing costs, and high teaching and admin load. Salaries and working conditions in the UK are such that it is becoming increasingly difficult to attract the “brightest and best”. Especially at places like Oxford and Cambridge, the remaining candidates are UK educated (usually at Oxford and Cambridge). While these are wonderful places with a strong research culture, it is worrisome for intellectual diversity that UK academia is missing out on senior people from elsewhere.

2. A brain drain takes time: academics cannot just up and leave. They need time to build out a new network elsewhere. This is especially the case for senior people (at the level of Reader and Professor) who wish to move. Senior hires are expensive and the new host institution needs enough information on the candidate to see if a hire will be a good investment for them.

3. Many EU countries have opaque hiring systems. It is very difficult for an outsider to find a job there (see here), and even those who were educated (at least in part) in these countries find the hiring system unmeritocratic. Italian academics have frequently told me that jobs that are advertised are not truly open. Some people are willing to go along with this, hoping it is “their turn” one day. But for other Italian academics, a transparent and more meritocratic system like the UK offers a real opportunity. As can be seen in this report, there are over 5000 Italian nationals working in UK academia, many of whom work in prestigious universities such as Oxford, Cambridge, and University College London. Note though that in this large recent survey among Italian academics in the UK, over 80% are pondering to return to Italy or to move to another EU country.

4. Some EU countries have pyramidal hiring systems, e.g., in Germany 85% of positions below Professor are temporary. It takes until one is in one’s early forties before an academic finds out she can stay in academia. This is psychologically taxing, and thus only very senior UK-based academics who have already the equivalent of the habilitation (the kind of doctorate after the doctorate, usually based on a monograph) would consider the jump to Germany from a permanent UK-based post.

5. Language barriers are lower for the UK than for many other EU countries (Ireland is an exception), because English is not only a popular second language but has also become the de facto language of science and scholarship. Thus, non-UK based academics already have a good working knowledge of English. In an attempt to widen their search pool, some searches I have seen in Denmark, Germany, the Netherlands and Belgium do not require knowledge of Danish, German or Dutch, but ask that the applicant speaks it fluently in three years. That requirement has struck me as unrealistic. And of course, in many other systems (e.g., France), you need to already speak the language fluently.

6. Guns and Trump might be putting academics off from applying to the US. US research-intensive universities have better pay, less admin, and often also lower teaching load compared to UK institutions of similar prestige. It poses no language barrier and has a relatively transparent hiring structure. In my personal experience (this is anecdotal, so take with a grain of salt), UK-based academics are still hesitant to go to the US because of Trump and guns. While the risk of being shot is still lower than the risk of dying in a car accident, the regular news of mass shootings, especially campus mass shootings, is not exactly a pull factor. And Trump, a phenomenon not unlike Brexit, is also putting people off.

7. Australia, New Zealand, Singapore, etc. are too far away Again, this is my personal experience, but it seems to me that UK-based EU academics seem hesitant to move so far away that visits to family and friends on the continent become very onerous.

8. Canada is attractive (no guns, no Trump, Trudeau), but it is a small market compared to the UK and the US, and it has laws that require universities to discriminate on the basis of Canadian residency/nationality (there are exceptions, but it remains tricky). This means in practice only a few, very high profile positions (such as the Canada Research Chair positions) are open to non-Canadians.

9. Although the mobile workforce of EU citizens might be regarded as rootless cosmopolitan citizens of nowhere, many EU citizens have grown roots in the UK. This includes, among others, marrying British citizens, having children who go to school in the UK, a mortgage, friends etc. It is a tough decision to give all this up for another jump that will leave one without a good support network. So many EU citizens are waiting and seeing whether their rights are secured, and whether it will look like UK academia will be hit by a no-deal or bad-deal exit. Rather that, than uproot themselves. But many are looking at the news and assessing when would be a good time to leave the sinking ship.

I’ve offered reasons why the brain drain isn’t happening yet in spite of the UK’s awful treatment of EU nationals working there, and in spite of the bleak prospects for UK academia (loss of Erasmus, of the Horizon 2020 programme). EU countries could, if they wanted, sweep up UK-based academics with an excellent track record in research and grants.

While there is no exodus yet, I am not exaggerating that almost every EU citizen who works as an academic in the UK I have spoken to is contemplating to leave. Currently they’re waiting and seeing what the negotiations bring. But if there is no deal on citizen rights and UK academia will lose out, Trump and guns might not seem so horrible after all. For many, it has become an issue of when, not whether, they’ll leave the UK.

Helen de Cruz, Senior Lecturer at Oxford Brookes University. This article was originally published on Medium and is reproduced here with permission. Views are those of the author, not of Europe Street News. Photo via Pixabay. 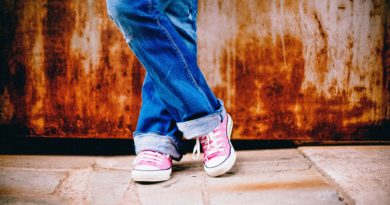